If you listen to the media at the moment, we are heading for economic collapse that could potentially see the end of the Euro and a number of countries " including Greece, Italy and Portugal " go bankrupt!  On the other hand, if you are trying to find a 5* hotel for a weekend break in Devon or Cornwall, you?ll struggle to find a vacancy (even at the really expensive hotels in Salcombe, Padstow, Looe and alike).  So what is going on and why are the media been so down beat?

We need to put this into context, at the risk of repeating what I believe we all know.  The current economic crisis started a long time ago (as far back as Thatcher) with bank deregulation and was compounded by actions taken by New Labour.  The net result was a banking system that was prepared to lend money to people with no income, no jobs and no assets (NINJAs) and then under write them through credit default swaps (CDRs) and was a global issue with politicians and bankers making decisions, which in hindsight were bonkers.

The first we mere mortals knew about it was in the last quarter of 2008 when Northern Rock spectacularly collapsed and we saw the first run on a bank since the ?30s.  Arise the economic editor, who suddenly found out, that everyone wanted his / her opinion; the likes of Robert Peston, Stephanie Flanders and Evan Davis.

This is where it all got scary as the banks ran for the hill " in this case us (the tax payer) " for support and governments across the world found themselves bailing out banks that were simply too large to fail.  Then the mud started flying and the media (and others) started finding out exactly what the clever bankers had been up to. 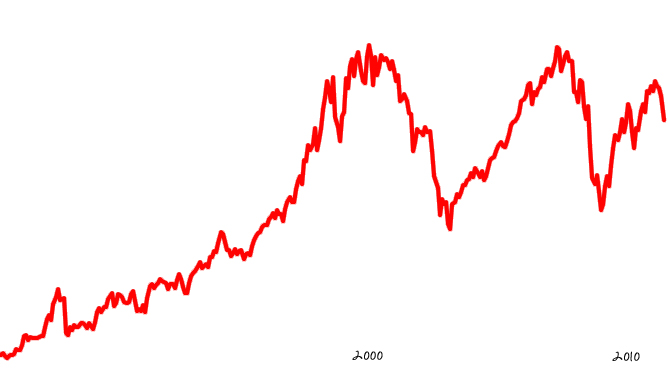 Since Autumn 2008 " four years ago " we have been in a tumble drier economically.  We have seen the FTSE drop to below 4,000 and then bounce back up (and down again)!  Every time we think we are pulling out of all this doom and gloom another organisation like the IMF or ONS warn of growth flat lining.  And now we have the euro in virtual collapse (or do we)?

I am sure for many business owner / managers the last four years have presented a hole array of hurdles for you to jump and for some to fall away.  Size doesn?t matter; we have seen the collapse of one of Wall Streets great (Lehman Brothers), one of the UK oldest retailers (Woolworths) and many more.  For smaller businesses it has been about survival of the fittest!

Certainly in the first two quarters of 2009 it was not a great time to be running a business and I remember feeling helpless as clients and suppliers dropped by the wayside. We had rationalised our business " prior to becoming incorporated in the Autumn of 2008 " and we?re in good shape with no borrowing and a lean mean fighting machine. I would like to claim that I had a crystal ball and put everything in place, but I would be lying.  This enabled us to stumble through the first six months of 2009 when cash froze within the pipeline of business (and burst in some places).

The private sector looked more like the fields of Flanders, although many business owners stuck their heads in the sand and hoped it would all blow away.

Survival of the fittest

Some of us are just lucky, others are very clever and we are still here.  All I know is I decided that we were doing well until the first quarter of 2009 and the only thing that had changed was the environment we were working within (aka the banks), so stuck to my way and slugged it out (it could have been a mistake, but I went with my gut instinct).

I am not looking for praise, I don?t deserve any, I simply did what I thought best.  Praise should go to our armed forces out in Afghanistan, who are putting their lives on the line every day.

I know I took a long time getting there, but you need to context first.

I suppose what I am trying to do is give others some advice, you don?t have to listen, but if you find it helpful it would be great to hear from you.  We are currently working on a portal for a business coaching company that has a wealth of tools that are aimed at growing your business and you wouldn?t go far wrong with reading More Time, More Money, Less Stress " an eBook by Shirlaws.

And as for the current climate, well hotel room rates seem to be sky rocketing and there seem no let up for demand, so somewhere, someone has some disposable income and they are spending it.  After all there is no point putting it in a bank, the interest rates are stupidly low and if I were the Bank of England I would be raising them pronto (but I am biased)!

Other articles about the credit crunch from my personal blog that has sadly been neglected!